The Planar Ear, With Dan Thompson

Tha Planar Head with Dan Thompson: The Ear as a Structural Door 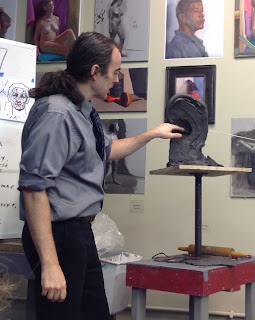 
We started our adventure into the modeling the human ear by rolling out two slabs of clay into rectangles approximately the size of what the nose should be. The slab should be a little thick, something you can remove clay from. 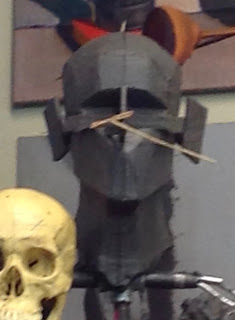 We lined the panels on our sculptures and attached them, lining them up with the cheekbone staple we had modeled the week before. We compared it to our skull. 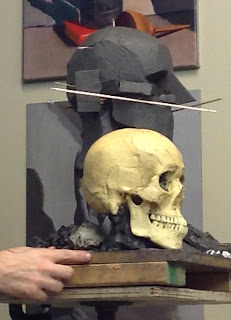 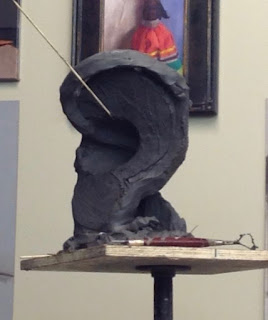 Once the panels were in place, we scooped out a bit in the center, like a giant sink, and gave it depth, then we added clay to the back. Here Dan demonstrates the depth of the "sink" in a giant ear. 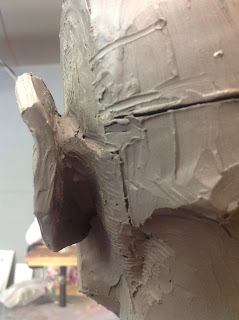 In the back we added clay. 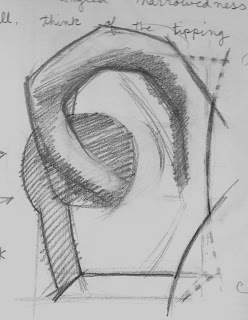 For the helix, we rolled out a big coil and kept it thick, but the coil also had a flat part. The coil then went around and dove into the concha, just as the Lincoln Tunnel dives into Manhattan. 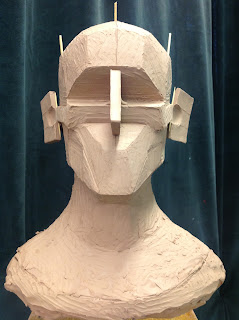 Here I have the "doors" on my planar head in place and with the "sink" pushed in. 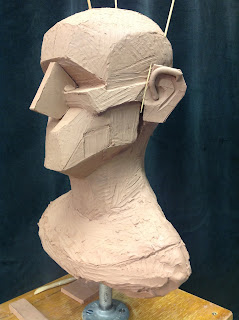 Here I have the coil of the helix in place and diving into the concha. 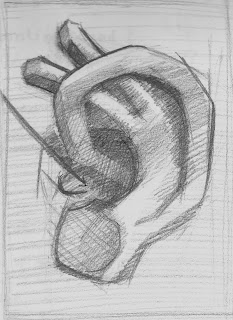 A diagram of how the shapes should be thought of conceptually. 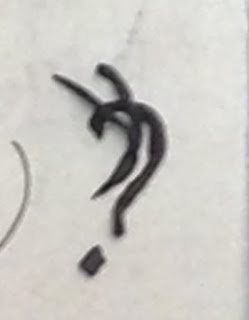 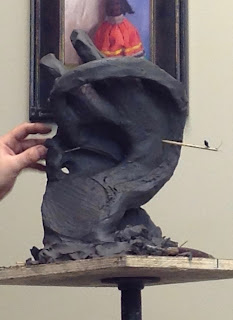 The giant ear Dan built to demonstrate the concept. 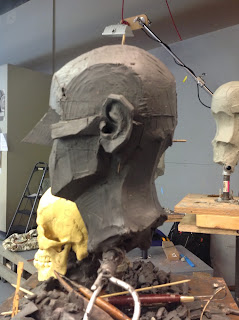 Sculpting the forms from observation and focusing on depth. Here is Dan's planar head with the ear in place. 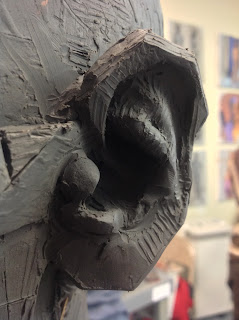 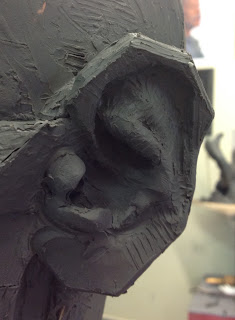 Notice how the tragus and antitragus are twin forms. The tragus is a form that could be thought of as two twisting cones according to Dan. 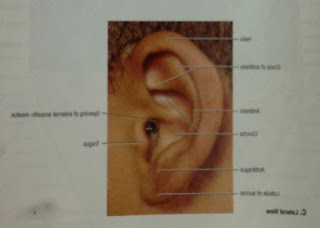 Here you can see the twisting cones of the tragus in an anatomy book.
From now on I will expect to see more refined ear and cheekbone shapes in the portraits I paint.
Nelson Shanks painted beautiful ears in his many portraits, like this one, which is extremely revealing for the subject. (Detail of the portrait of Pope Paul the II, by Nelson Shanks) 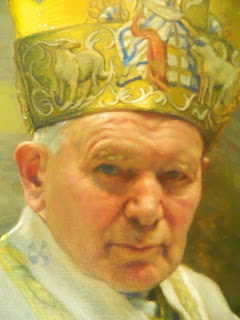