The Planar Nose, With Dan Thompson

Dan Thompson, The Planar Head, Modeling The Nose in Clay 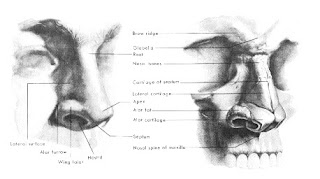 One of the most beautiful drawings of the nose, and something many artists aspire to, is that of Stephen Rogers Peck, from his "Atlas of Human Anatomy." After modeling this in clay and drawing it from life, I think about the nose in a very different way. I see it structurally in my mind's eye and see it organically in front of me. And, it's all thanks to our instructor, Dan Thompson.

To help us, Dan started with a giant nose. This has a straight mast in the center, representing the columella. 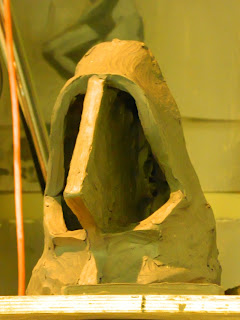 To this structure, then, two strips of clay are added, representing the wings of the nostrils - the alar. Dan uses toothpicks to hold it all in place. 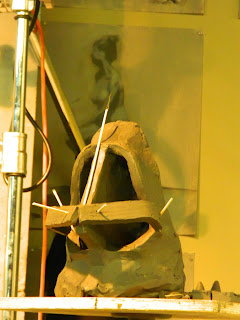 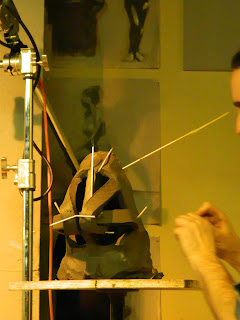 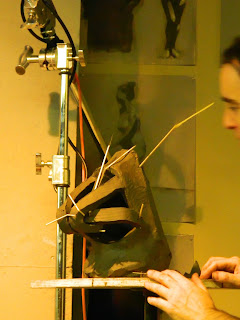 Four small cones are added, filling the negative spaces in between these strips. 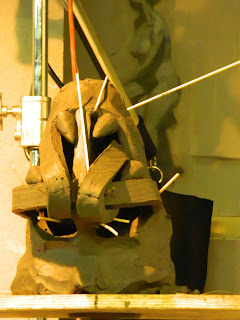 Dan demonstrates the attachments one more time on his planar head. He starts by adding clay around the base of the nose like this: 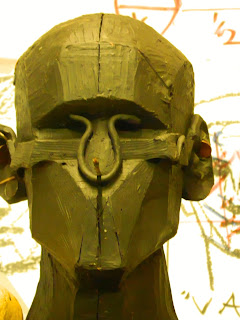 He works the clay into place, making a platform on which the nose will be built. 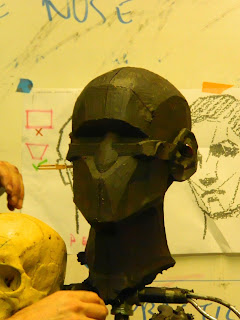 On top of this shaped platform, Dan adds a slab of clay, a triangular wedge, which represents the "mast" of the nose, or the columella. 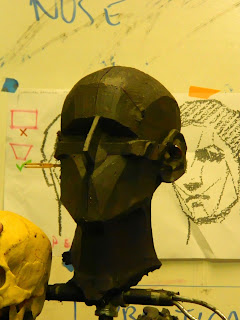 To the mast, then, Dan adds the two strips of clay that represent the wings of the nostrils. 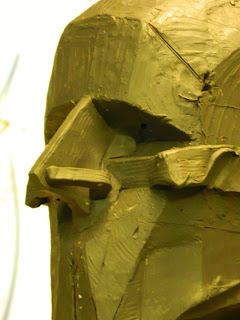 Emanating from the tear duct, traveling down the length of the nose and tucking under the wings, are the two strips representing the alar cartilage. Notice how these strips start by twisting and then meet at the tip of the nose before they dive under the wings. 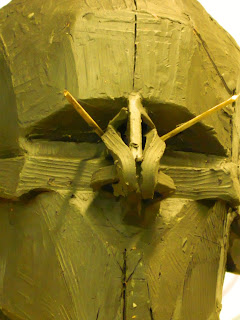 The negative spaces are then filled with four small cones. 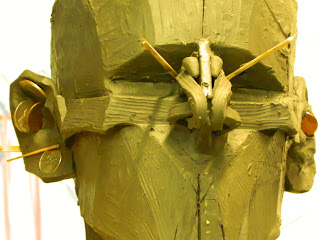 This what my own planar head looked like when I attached the slab  representing the mast of the nose. 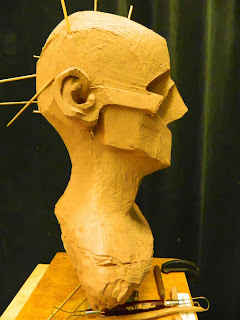 When I added the strips representing the wings and the alar or wing, I had attached them too low. See here how Dan corrected my attachment on the right, making the wing much higher in relation to the tip of the nose, where the alar meets in front and creates the "ball" of the nose. 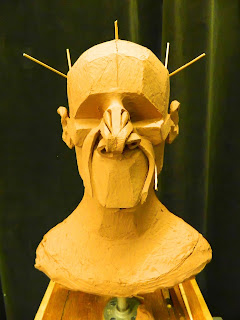 I also started to attach the "sling of the muzzle. This is a thin strip of clay going on either side of the face, starting at the tear duct and wrapping around and under the jaw, making "the canopy of the jaw." 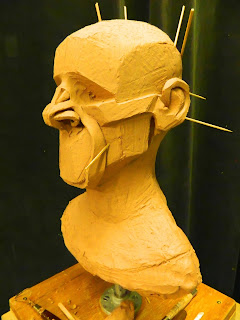 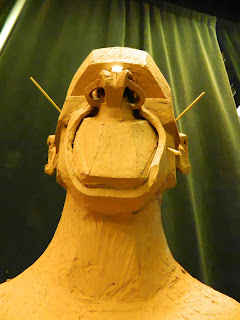 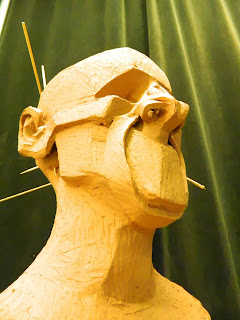 Thanks to Dan Thompson, I know I see the nose much better now.